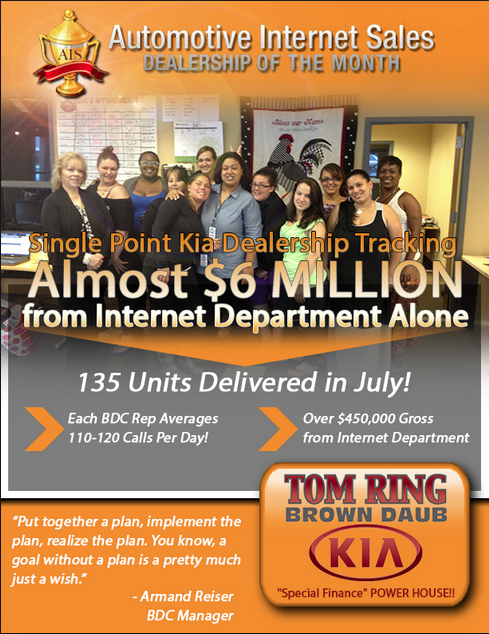 In the month of July, BDC Manager Armand Reiser and his team of 11 BDC Reps at Tom Ring's Brown Daub Kia upped their game. They started out averaging 2,800 contacts per month, but this July, they ramped up their call volume to 3,600 contacts! The secret sauce isn't really a secret. The more calls you make, the more contacts you make, the more appointments you set, the more appointments show, and the more cars you sell. At the single-point Kia dealership, the 11 BDC reps average between 110-120 calls per day! This month, they took their internet department to new heights by selling 135 units from the internet department alone, grossing around $450,000! Overall, they've been seeing nearly $6 MILLION from their internet department. As Armand says, "the internet is everything. It's the way of the future."