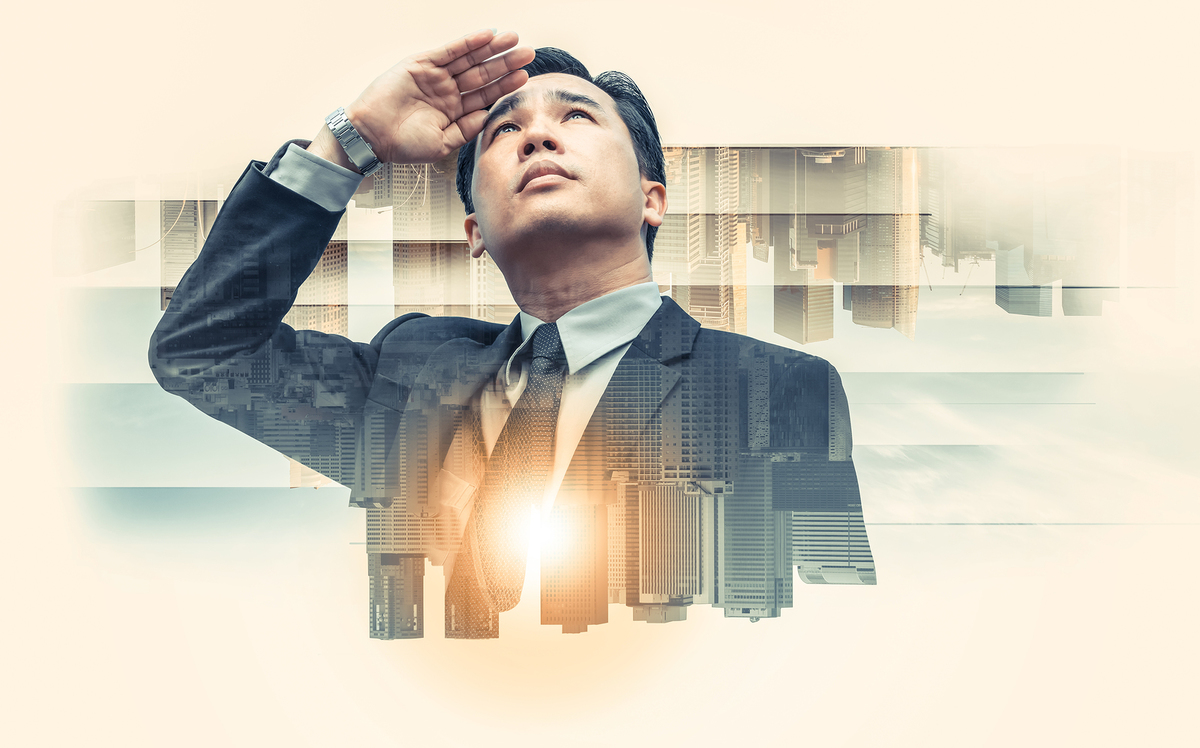 Bring up Blockbuster or Toys R’ Us in conversation, and you can immediately evoke a sense of nostalgia. These companies were iconic, almost unbreakable brands that were ingrained into our culture. That was twenty years ago, when innovation in the industry was what exclusives you offered in a brick-and-mortar storefront. They couldn’t have possibly predicted the meteoric rise of Amazon and Netflix. These “disruptors” foresaw the changes in the market and rode the tide to their unprecedented successes. That’s because they learned that following new trends in the market was vital in the decade where we went from computers to computers embedded in our cell phones.

This level of innovation has cast a shadow over the automotive industry, still relying on age-old practices that predate the Blockbusters of the world. Dealerships have failed to seize opportunities that could lead them to the forefront of the industry. Does the future lack a sense of direction for dealers, or is the future of marketing already laid out before us?

If the automotive industry is going to survive the rise of platforms like CarVana’s and Cars.com, they need to find the same successes that brought Amazon and Netflix into our homes. That starts with “disrupting” the competition. Dealerships need to be proactive responders to market trends, finding success in social media campaigns and innovating new ways to engage customers.

That can be as simple as video calls to consumers, engaging with them as if they were already at the dealership. This personal level of intercommunication means that salespeople can walk the lot with customers at their convenience, and see their vehicles in perspective. Videos also bring immediate benefits to advertising and marketing teams. Changing strategies by personal engagement with customers, potential and current, means that dealers can keep in constant contact with leads. Even something as simple as a “Happy Birthday” video from the dealership continues conversations with customers.

Creating content on a daily basis is another way to innovate the industry. This could come in the form of videos showcasing new cars or vlogs offering a transparent look into the dealership. This shares with the customer that you are actively seeking ways to engage with your audience. Rather than put an ad on television, email your customers with enticing offers. Instead of cold calls, share a video on social media showcasing your dealership or your salespeople. Customers are attracted to faces and personalities, and keeping constant updates on your organizations lets your potential clients know that you’re confident about your organization.

Speaking on behalf of salespeople, branding your employees through social media offers an individual way to tap into your organization without intimidating customers. Let your salespeople have their own FaceBook or Instagram accounts, keeping contact with customers to reassure them that they have an ally within your organization.

Being an active participant on social media goes beyond these platforms. Job recruitment sites and Google reviews keep you engaged with your audience. Directors and managers should take charge, but allow other leaders within your organization to tackle these responsibilities. Show your audience that you are quick to respond to their needs, and that customer service goes beyond the dealership. This allows organizations to see where they stand with customer relations and have an active way to improve their standing with customers.

New companies offer instant gratification with their purchases, including new players within the automotive industry. A dealership doesn’t need to lose ground because these companies can thrive online: it simply means that dealerships can take an active role in an ever-changing market. There may come a time where brick-and-mortar dealers lose to the convenience of CarVana or Cars.com, but if organizations ensure that they are keeping up with these trends, they have a real shot at maintaining a competitive edge that extends well into the next technological wave. Personality, active engagement and constant contact can make dealerships feel a part of the 21st century.

Are you an Internet Director who can't seem to make ends meet? Do you struggle to keep your department together and get customers in the door? Then you need to come to the Internet Director Development Workshop on May 16 & 17 at the Newark Liberty International Airport Marriott in Newark, NJ!

The Internet Director Development Workshop is designed to help Internet Directors maximize their potential and give them the tools that they need to build, manage, evolve, and lead their department to profound profitability. Moderator Sean V. Bradley, CSP will help guide you from good to great by sharing what makes or breaks an Internet Department and then take you through live training tactics to help sharpen your edge. CEO of Dealer Synergy, Sean V. Bradley CSP, typically hosts Make Money Mondays. This week, a special guest Chris Sondesky hosts Make Money Mondays. Chris is an internet director at Cherry Hill Triplex. From his centralized BDC he has 400+ units sold a month and $1 million in gross. How does he do this? He puts emotion back into the process. Customers cannot see, smell, or feel the car online. The key is in making customers feel good and gaining their trust. If a customer trusts you, they will do business with you, refer people and want to come back. You can even ask for reviews because you've earned them. This emotion becomes your closing tool. Make the experience you have discussed happening in the showroom, come to life. Show more emotions, make more sales.


For more training check out http://www.BradleyOnDemand.com

If you're looking for more information on the automotive industry visit: http://www.AutomotiveInternetSales.com I am proud to announce January's Dealer of the Month award winner, Chris Sondesky. Chris is the Internet/BDC/Marketing Director of the Cherry Hill Triplex in Cherry Hill, NJ.  Chris has learned every aspect of the trade, having been in the automotive industry for 15 years. He has had multiple positions over the years including technician, manager of sales department operations as a GSM and GM, to later building one of the biggest single point Internet Departments/BDC’s on the east coast for huge franchised new automobile dealerships.

Chris has come a long way since his early days in the industry. Over the past 5 years he has focused on the digital aspect of selling cars, with his 7 franchises, Kia, Mitsubishi, Dodge,Chrysler, Jeep, Ram and Fiat. With the help of his General Manager they developed in depth marketing strategies to master the online consumer. As this process continued his staff began to receive 3,000 internet leads monthly!

As of 2014, Chris took his skills to an entirely new level, selling 400+ units per month and achieving $1 million in gross. Chris has become a master of internet sales for dealerships. Recently, Chris stated, “On average, our BDC/Internet Team, a very talented group of Customer Service Reps and Internet Managers, generates approximately 50% of our showroom traffic, all by appointment, leading to 55% of our sold units. Since 2010, Internet deals have closed at a higher percentage than the other half of our traffic, and for higher gross profit. We've continued this trend, now on our 5th year of double digit growth.”

In an interview conducted by CEO of Dealer Synergy, Sean V. Bradley, CSP Chris shares his thoughts on CRM, Managers, Internet Directors, Leads, Phone ups and more. Chris was able to gain all this success because he feels people are the most important factor. He notes that personality is everything and he has never hired an employee based off of skill. It is all about being fit for a team. He believes anyone can do the job with a strong training process in place.

Chris is here to tell you that you CAN make money off of internet customers. Internet deals close at a higher closing ratio and a higher gross profit than 40-50% of the rest of his business.  He believes your response time should be “right now”. Answering “right now” actually is not even fast enough. Chris believes that timeliness and having a proper process in place for your team can make a huge difference in your internet selling process. It is easier to bridge the gap between showroom sales and internet sales than you might think.

Chris recommended that if you have a customer coming in make sure you have the vehicle ready, enough gas for a test drive and wait until they get into the store to assess which sales person would work well with them.

Bottom line, the key to success and a solid close is to let the customer know that their time is valuable to you.  Whether you are in the showroom or handling Internet sales, you are the same team.

Watch the interviews provided to learn more tips to Chris’ success.  Like Chris, you too can become one of the biggest single point Internet Departments/Business Development new automobile dealerships. Congratulations again Chris! Your future is looking bright.